Best Data Science Algorithms, the explanation is far too simple for you to grasp.

We will primarily discuss machine learning algorithms relevant to data scientists and categorize them into supervised and unsupervised roles.

We’ll give you a rundown of all the key algorithms you can use to improve your data science operations.

Here is a list of the top Data Science Algorithms that you should be familiar with if you want to become a data scientist. Let’s begin with the first –

Linear regression is a technique for determining the relationship between two continuous variables. The two variables are as follows:

The independent value in a simple linear regression is the predictor value, and there is only one. The following describes the relationship between x and y:

We perform the calculation based on the predicted and actual outputs. 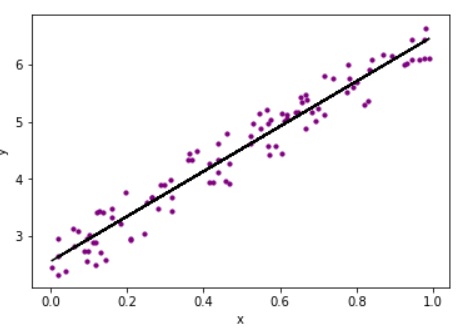 Logistic Regression is used to categorize data points into two categories. It performs categorical classification, with the output belonging to one of two classes (1 or 0).

For example, predicting whether or not it will rain based on the weather is an example of logistic regression.

The Sigmoid Curve and Hypothesis are two crucial components of Logistic Regression. We calculate the probability of an event using this hypothesis.

The data generated by our hypothesis is fitted into the log function, which results in an S-shaped curve known as a sigmoid. We can determine the class’s category based on this log function.

The sigmoid is an S-shaped curve that looks like this: 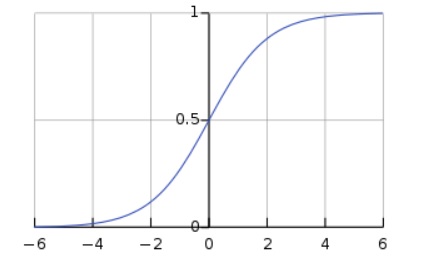 We generate this using the logistic function –

Here, e represents the natural log’s base, and we get an S-shaped curve with values ranging from 0 to 1. The logistic regression equation is written as follows:

The coefficients of the input x are represented by b0 and b1. These coefficients are calculated using “maximum likelihood estimation” on the data.

According to the formal definition of K-means clustering, it is an iterative algorithm that divides a group of data with n values into k subgroups.

Each of the n values is assigned to the k cluster with the closest mean.

This means that given a collection of objects, we divide it into several sub-collections.

These sub-groups are formed based on their similarity and the distance of each data point in the sub-group from its centroid’s mean.

The most common type of unsupervised learning algorithm is K-means clustering. It is simple to comprehend and implement.

The goal of K-means clustering is to minimize the Euclidean distance between each point and the cluster’s centroid.

This is known as intra-cluster variance, and it can be reduced by using the squared error function –

X represents the given data point from which we must calculate the Euclidean Distance to the centroid. Let’s take a look at the K-means clustering algorithm –

First, we randomly select and initialize the k-points. The means are these k-points.

The Euclidean distance is used to find data points that are closest to the cluster’s center W.

Then we compute the mean of all the points in the cluster in order to determine their centroid.

We repeat steps 1–3 iteratively until all of the points are assigned to their respective clusters. 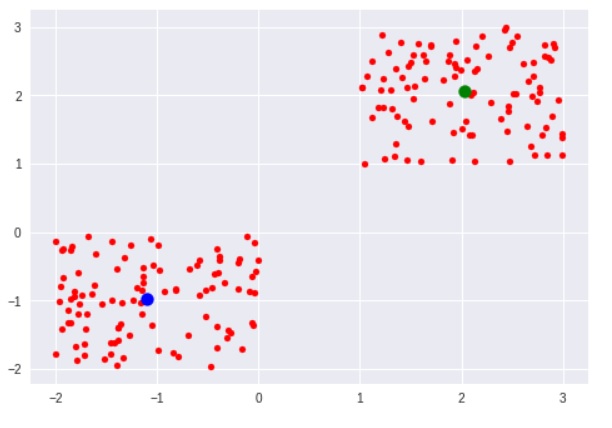 Dimension is a critical component of data science. Data has a number of dimensions. The dimensions are denoted by the letter n.

Assume you’re a data scientist working in a financial company and you have to deal with customer data that includes their credit score, personal information, salary, and hundreds of other variables.

Dimensionality reduction is used to understand the significant labels that contribute to our model. A reduction algorithm is something like PCA. 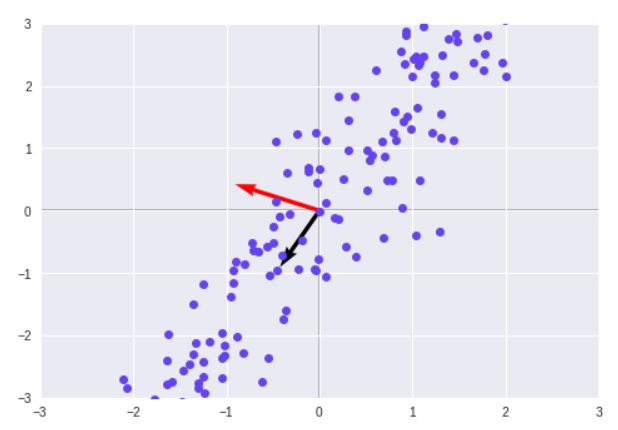 We can reduce the number of dimensions in our model while keeping all of the important ones using PCA.

There are PCAs for each dimension, and each one is perpendicular to the other (or orthogonal).

All of the orthogonal PCs’ dot product is 0.

Support Vector machines are powerful classifiers for binary data classification. They are also used in genetic classification and facial recognition.

As a result, it contributes to increasing the geometrical margin, which is an important component of an SVM classifier.

The input vectors of Support Vector Machines can be mapped to n-dimensional space.

On either side of the initially constructed hyperplane, there are two additional hyperplanes.

The distance between the central hyperplane and the other two hyperplanes is measured.

Neurons in the human brain are used to model neural networks. It is made up of many layers of neurons that are organized to transmit data from the input layer to the output layer.

There are hidden layers between the input and output layers.

These hidden layers can be numerous or single. Perceptron refers to a simple neural network with a single hidden layer.

In the above diagram of a simple neural network, there is an input layer that accepts vector input. This input is then passed to the hidden layer, which consists of various mathematical functions that compute on the given input.

For example, given images of cats and dogs, our hidden layers perform various mathematical operations to determine the maximum probability that our input image belongs to one of the classes.

This is an example of binary classification in which the class, which could be a dog or a cat, is assigned its proper place.

You can use decision trees to perform both prediction and classification. Decision Trees are used to make decisions given a set of inputs.

The following example will help you understand decision trees:

You will determine whether or not it is raining after assessing the situation.

You will only go to the market if the sky is clear; otherwise, you will not. This can be seen in the form of a decision tree.

Using the same principle, we construct a hierarchical tree to achieve a result through a decision-making process. A tree is built in two stages: induction and pruning.

For learning sequential information, recurrent neural networks are used. These sequential problems are made up of cycles that use the underlying time steps.

ANNs require a separate memory cell to store the data from the previous step in order to compute this data.

We work with data that is represented as a series of time steps. As a result, RNN is an excellent algorithm for dealing with text-processing issues.

RNNs are useful for predicting future word sequences in the context of text processing.

Deep Recurrent Neural Networks are RNNs that have been stacked together. RNNs are used to generate text, compose music, and forecast time series.

Do You Have Data Science Experience But Lack Technical Skills (finnstats.com)

This algorithm is called Apriori because it makes use of ‘prior’ knowledge of an itemset’s properties.

This algorithm employs an iterative approach. This is a level-wise search in which we mine the k-frequently occurring itemset in order to find the k+1 itemset.

The following assumptions are made by Apriori:

Lift is the increase in the ratio of the sale of X when item Y is sold. It is used to calculate the likelihood of purchasing Y when X has already been purchased, taking into account the popularity of item Y.

So, these are some of the most important Data Science algorithms. We talked about all of the algorithms that can be used in day-to-day data science operations.

We hope you found this data science algorithms tutorial useful. What did you enjoy the most about this article? Please leave a comment. We would be delighted to read it.

Is It Difficult to Learn Data Science » finnstats