Which programming language should I learn?

Which programming language should I learn? The world has been changing at an astounding rate, and application developers deserve a large portion of the credit for that progress.

If you haven’t already noticed, application development has been very popular recently.

Since it provides some of the highest-paying professional opportunities, including web development, data science, artificial intelligence, and more, everyone is attempting to break into the application development market.

But you must choose a programming language before embarking on a career path and building your first application.

There is plenty of programming languages available more than 700 to be exact.

Not to worry. We’ve gone over some well-known programming languages and their typical applications in order to produce this list in an effort to make your decision as simple as possible.

We advise choosing a programming language that is more contemporary, widely used, and has a tonne of packages or libraries if you intend to learn one in 2022.

Which programming language should I learn?

This section will discuss many popular programming languages that meet the criteria we outlined above and discuss how they are utilized. 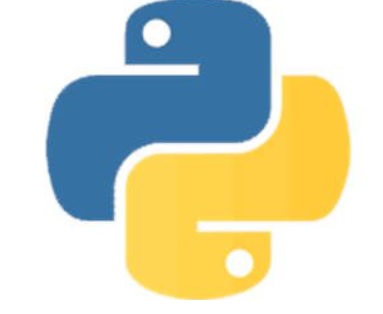 Ranks first on the PYPL Popularity Index for March 2021 and third on the Tiobe Index for the same month. 70% of developers on StackExchange said they loved it, and 30% said they wanted to learn it.

The multipurpose, high-level Python programming language was created by Guido van Rossum in the 1990s and has rapidly expanded over time to rank among the most widely used computer languages in use today.

Python’s appeal is primarily due to its beginner-friendliness, which enables anyone including those without any prior programming experience to pick it up and begin writing basic applications.

That’s not all, though. Along with a vibrant community of like-minded developers who are willing to assist, it also provides an incredibly large selection of packages and libraries that can significantly lower the ETA for your projects.

Python is a versatile programming language that can be used to develop just about anything, but it particularly excels at working with advanced technologies like artificial intelligence, machine learning, and data analytics. 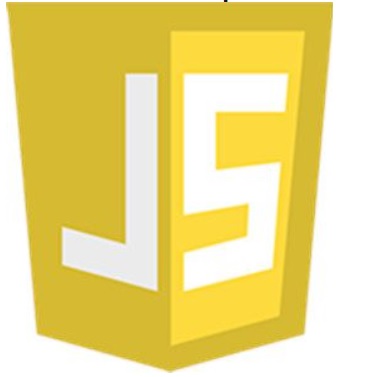 Along with HTML and CSS, JavaScript was a vital programming language in the development of the internet.

In 1995, Netscape, the company behind the well-known Netscape Navigator browser, developed JavaScript to improve the usability of static web pages and inject a dash of dynamic behavior into them.

Today’s premier frontend programming language for the web, JavaScript has evolved into a high-level, multi-paradigm language that can handle all interactions given by webpages, including pop-ups, notifications, events, and many more.

If you want your program to work across a variety of platforms, including smartphones, the cloud, containers, micro-controllers, and hundreds of browsers, JavaScript is the best choice.

Node.js, a tried-and-true JavaScript runtime, is utilized by millions of businesses today for server-side workloads. 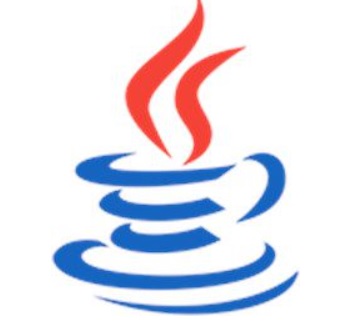 For more than 20 years, Java has been the programming language of choice for creating enterprise-level applications.

The object-oriented programming language Java was developed by James Gosling of Sun Microsystems in 1995, and since then it has been a safe, dependable, and scalable tool for developers.

Java has a number of advantages over other programming languages, including backward compatibility, platform independence via the JVM, portability, high performance, and garbage collection capabilities.

Java has been heavily utilized in Android, making it a must for Android developers, in addition to being used to create reliable business applications.

Java enables programmers to make programs for a variety of markets, including banking, e-commerce, electronic trading, and distributed computing. 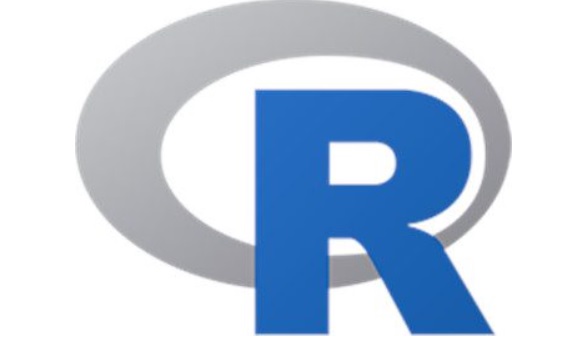 It’s likely that you have heard of R if you work on projects involving machine learning or data analysis.

The R programming language, which was developed by Ross Ihaka and Robert Gentleman, was initially made available to the public in 1993.

It is an implementation of the S programming language with a focus on statistical computing and graphical modeling.

R evolved into one of the top programming languages for tasks requiring in-depth data analysis, graphical data modeling, and time-series and spatial analysis across time.

Through its functions and extensions, which give developers a wealth of specialized tools and abilities, R also offers excellent extensibility.

R can be used for behavior analysis, data science, and machine learning projects that require classification, clustering, and more, in addition to some of the uses that were already mentioned. 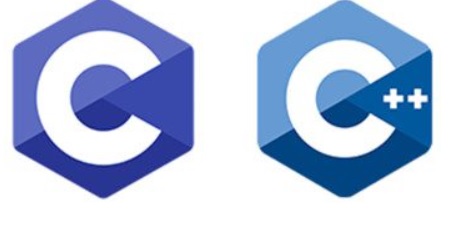 Unbelievably, in the very late 20th century, the programming languages C/C++ were highly popular. Why?

The reason why C and C++ were and are still used to create operating systems, file systems, and other system-level applications is that they are both extremely low-level programming languages with lightning-fast performance.

Dennis Ritchie released C in the 1970s, and Bjarne Stroustrup followed suit in the mid-1980s with the publication of C++, an upgrade to C with classes, and many other innovations, such as object-oriented features.

Both programming languages are still used today, more than half a century later, to build some of the most reliable and quick apps ever.

Both C and C++ have complete access to the underlying hardware, therefore a wide range of platforms and applications have been developed using them, including system applications, real-time systems, IoT, embedded systems, gaming, the cloud, containers, and more. 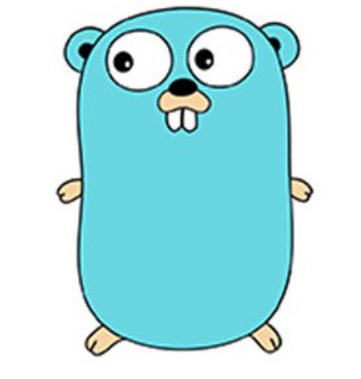 Popularity: 62.3% of StackExchange developers rated it as their favorite and 17.9% as their most desired language.

Golang was developed in 2009 as a result of an effort by Google’s designers to fix all the issues with the languages that were being used throughout the company while maintaining all of their finest qualities.

Golang is a quick programming language with easy grammar that anyone can learn. Additionally, it has cross-platform support, which makes it simple and effective to use.

According to its developers, Go combines excellent performance with C/C++, simplicity, use with Python, and effective concurrency handling with Java.

Go has been used to make console tools, GUI programs, and web apps, but it is largely utilized in back-end technologies, cloud services, distributed networks, and IoT. 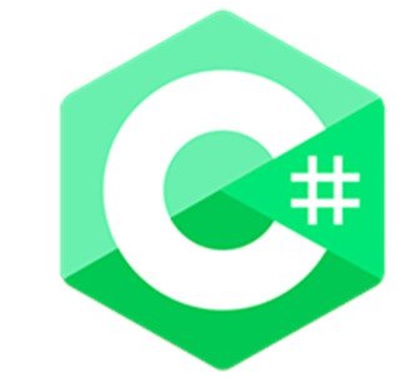 Ranks #4 on the PYPL Popularity Index for March 2021 and #5 on the Tiobe Index for the same month. 59.7% of StackExchange developers rated it as their favorite.

As part of its.NET strategy, Microsoft used C# to create a programming language that is comparable to object-oriented C.

Anders Hejlsberg introduced the general-purpose multi-paradigm programming language in 2000. Its syntax is comparable to that of C, C++, and Java.

For developers who were proficient in either of these languages, this was a tremendous bonus. It also provided seamless scalability and substantially quicker compilation and execution.

The.NET ecosystem, which gives developers access to a variety of libraries and frameworks provided by Microsoft, was taken into consideration when creating C#.

And with Windows integration, C# becomes incredibly user-friendly and even ideal for creating Windows-based applications.

C# can be used by developers for a variety of tasks, such as generating web forms, mobile applications, server-side programming, games, and more.

Apps for the Windows platform, notably Windows 8 and 10, have also been created using C#.

PHP was created by Rasmus Lerdorf as a side project, much like Guido van Rossum’s Python, and the earliest work dates back to 1994.

Initially designed to assist Rasmus in maintaining his personal webpage, the PHP project has now been developed to handle web forms and databases.

Today, PHP is largely used for server-side web development and has evolved into a general-purpose scripting language that is utilized all over the world.

It has a sizable open-source software community and is fast, easy, and platform independent. 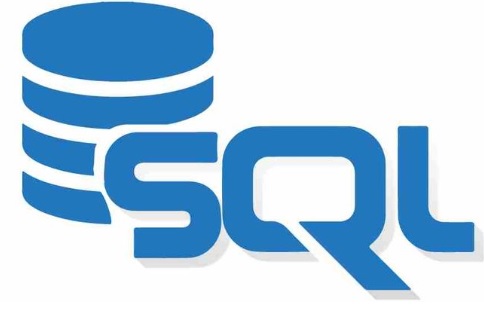 The computer language known as SQL, or Structured Query Language, is perhaps one of the most important ones on this list.

Boyce in 1974, has been crucial in enabling programmers to design and maintain databases and tables for storing relational data over hundreds of thousands of data fields.

Without SQL, businesses would be forced to rely on antiquated, potentially slower techniques for storing and accessing enormous volumes of data.

Many of these chores can be completed in a matter of seconds using SQL.

Many RDBMS (Relational Database Management Systems) that offer a lot more than just the construction of tables and databases have grown as a result of SQL’s influence over time.

SQL is used through an RDBMS in virtually every other project or sector that must deal with substantial amounts of data held in tables or databases. 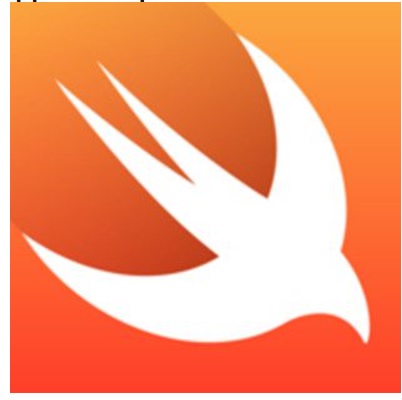 Number 9 on the PYPL Popularity Index for March 2021; in 2020, 59.5% of StackExchange developers rated it as their favorite.

Because Apple has complete control over both its hardware and software, it can provide a consistent and streamlined user experience across all of its devices. And Swift steps in to help with that.

The most recent programming language on this list, Swift, is cutting-edge, quick, and fully compatible with Objective-C.

Swift has undergone various upgrades throughout time, which have greatly contributed to its growth in popularity across Apple’s platforms for iOS, macOS, watchOS, and tvOS.

Swift may be used to create apps for practically every Apple device, including iPhones, iPads, Macs, Watches, and other gadgets, when combined with Apple’s Cocoa and Cocoa Touch framework.

Let’s quickly wrap up this post by describing the value and potential for the professional advancement of various programming languages.

Each programming language has a unique set of advantages, and you can choose the one you want to use to enter the field of your choosing.

One of the top three highest-paying job titles in the industry might be yours if you can master Python. With Python, you can apply for roles as a Software Engineer, DevOps Engineer, Data Scientist, and even land lucrative job offers in the most reputable firms.

There is a great need for JavaScript developers, and they can earn reasonable compensation.

While C# excels on Windows, SQL continues to be one of the greatest programming languages for tinkering with huge databases.

Swift is becoming more and more well-liked among programmers who want to create applications for Apple’s hardware. As for PHP and Go, they still hold a fair place in the market.

Therefore, choosing one of the 10 programming languages to specialize in and build a career in is entirely up to you. Choose accordingly!

Have you liked this article?