Unequal Variance t-test in R, When the variances of two independent groups are not considered to be equal, Welch’s t-test is used to compare their means.

We can use the t.test() function in R to execute Welch’s t-test, which has the following syntax.

x: For the first group, a numeric vector of data values

y: For the second group, a numeric vector of data values

alternative: For the test, the alternative hypothesis. two.sided is the default.

The following example explains how to execute a Welch’s t-test in R using this function.

An instructor wishes to compare the exam scores of 12 students who used an exam prep guide A vs B.

The following vectors depict the exam results for each set of students:

We may generate boxplots to visualize the distribution of results for each group before performing a Welch’s t-test: 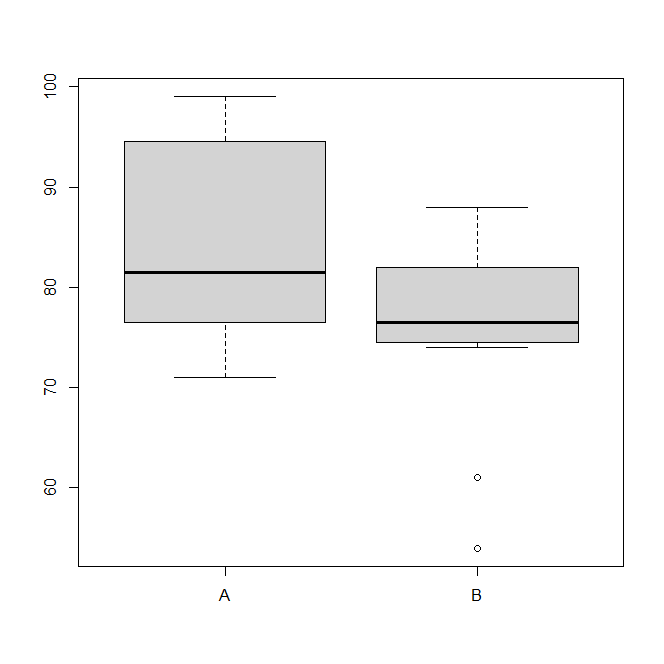 The “A” group has a higher mean score and shows differences in variances.

We can use Welch’s t-test to determine whether the mean scores between the groups are substantially different:

do a Welch’s t-test

We may reject the null hypothesis and conclude that there is a statistically significant difference in mean exam scores between the two groups because the p-value is less than 0.05.

We can also get the following information from the t.test() function:

The difference in mean exam scores between the two groups has a 95 percent confidence interval of [0.20, 17.12].